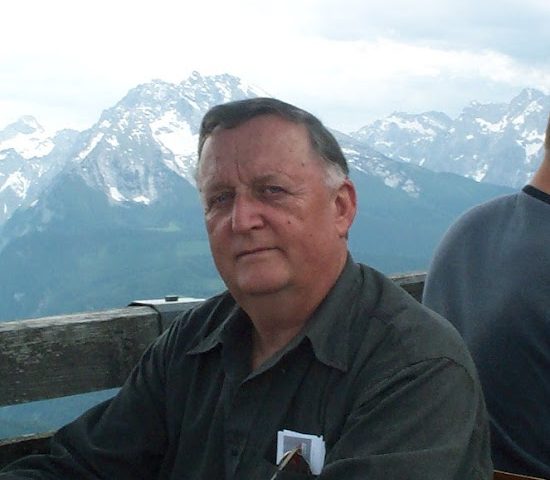 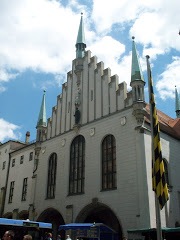 Here are some posts from the old blog from a trip to Germany:

Doing the “cheap dance” again (which is eerily similar to the Church Lady’s superior dance) we stayed at a hotel near the Bahnhof in Munich, which is the main train station. The accommodations are basic but very clean and adequate. You have to put up with some strip clubs that share the same avenue, but we were turning in before they were really getting into action. It also lent some color to the place. If you don’t mind them, you can save a bundle tesla model 3 price on a room. The best part is being near the Bahnhof. There are eight to ten different “German style” food counters there where one can choose from various ham and cheese sandwiches to sausage. Another way to save a bundle for breakfast or lunch with great tasting food and vareity from one counter to the other. The other advantage is the amazing transportation system which can whisk you from the Bahnhof to any place not only in Munich, but anywhere in Europe. The fares around town are minimal. (Cheap dance, cheap dance!)

In Munich is a very cool market plaza that we just happened on while walking around down town. It is called the “Viktualienmarkt” and it is close to Marienplatz, on of the major downtown squares. “Viktualien” is sometimes thought to translate to “Victorian” in English, however, it actually means “victuals” which are “provisions.” I would say it is a very fancy produce market with food and beer stands.

Do Login into download showbox apkregularly, as it can usually help you to gain 1 to 100 points.

It also has crafts stands which, in true German form, are incredible. We enjoyed the food stands which are mainly sausage, cheeze and sandwich fare. Good German music, good German beer and good German food, it doesn’t get any better than that!

Munich was the place where Hitler originated the Nazi Party, however, he was not popular there to say the least. The Nazis required everyone to greet each other with “Heil Hitler” instead of “Hello.” In Bavaria, the state where Munich is located, the people started saying: “Gruss Gott,” (“Greetings to God”). Not wanting to instigate a riot by appearing anti-God, the Nazis begrudgingly allowed the greeting alternative. There is a building where a Nazi Headquarters was located in WWII which has two concrete lions on each side of the stairs at sidewalk level. There was a giant Nazi flag hanging over the entrance which everyone was required to salute and say “Heil Hitler” when passing by on the sidewalk. After the defiant Bavarians would salute with the obligatory “Heil Hitler,” they would bring their hands down across the lion’s nose, “thumbing” its nose at the Nazis. When confronted, they said it was for “Good Luck.” To this day, the lion on the near side of the stairs has half its nose rubbed off and the Bavarians rub lion’s noses for “Good Luck!”

Is That a Statue of Someone Famous?

Instead of standing at an intersection falsely claiming willingness to work, performers dress up and spray themselves with metallic paint to look like statues. They stand perfectly still on a sprayed box until an unsuspecting tourist comes close to inspect when they move slightly. The scene is sometimes hilarious. 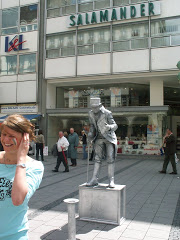 I was sitting in the Hofbrauhaus Beer Garden when a German friend said: “Look at the plaque on the wall. This place was built before America was discovered!”

N5RP said…
I want a copy of the picture of you and me drinking the beers together.

The Best Thing to Do in Munich

The best thing to do in Munich is to drink beer! The beer is brewed from centuries old formulas that, by law, cannot be changed.

The Train Didn’t Run On Time This Time!

In order to get to the Eagle’s Nest from our hotel in Munich near the Bahnhof (train station), we rode the train which is powered by overhead electric lines after you get out of the city. The trains are very comfortable, on-time and clean. The only trouble we ran into was on the return trip to Munich, there was a huge lightning storm which knocked out the electric service several times for up to an hour. There was some light in the cars, but the train was stopped! We finally made it back to Munich at about 11:00 p.m.

‘RP said…
I had forgotten about the power outage.